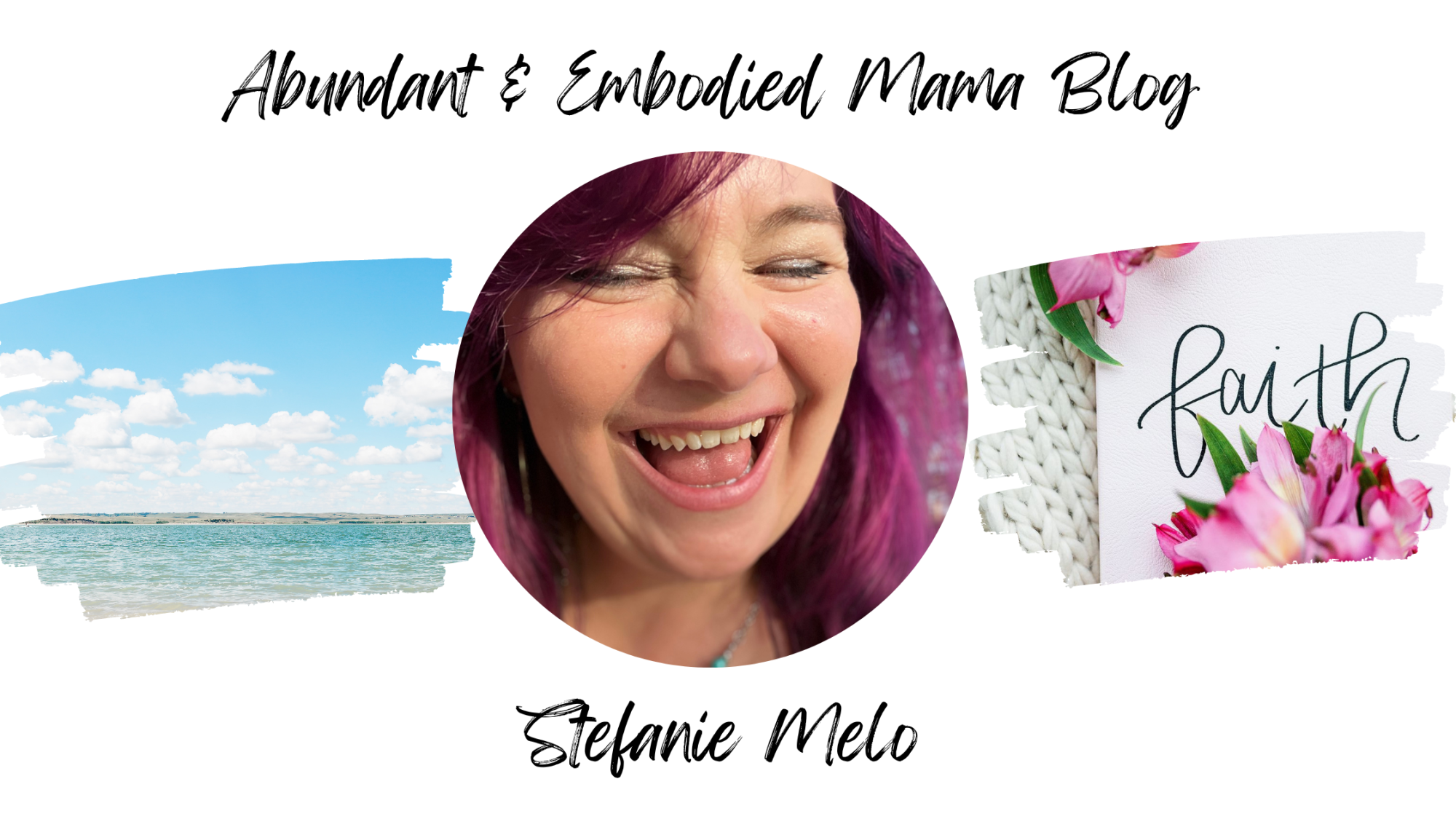 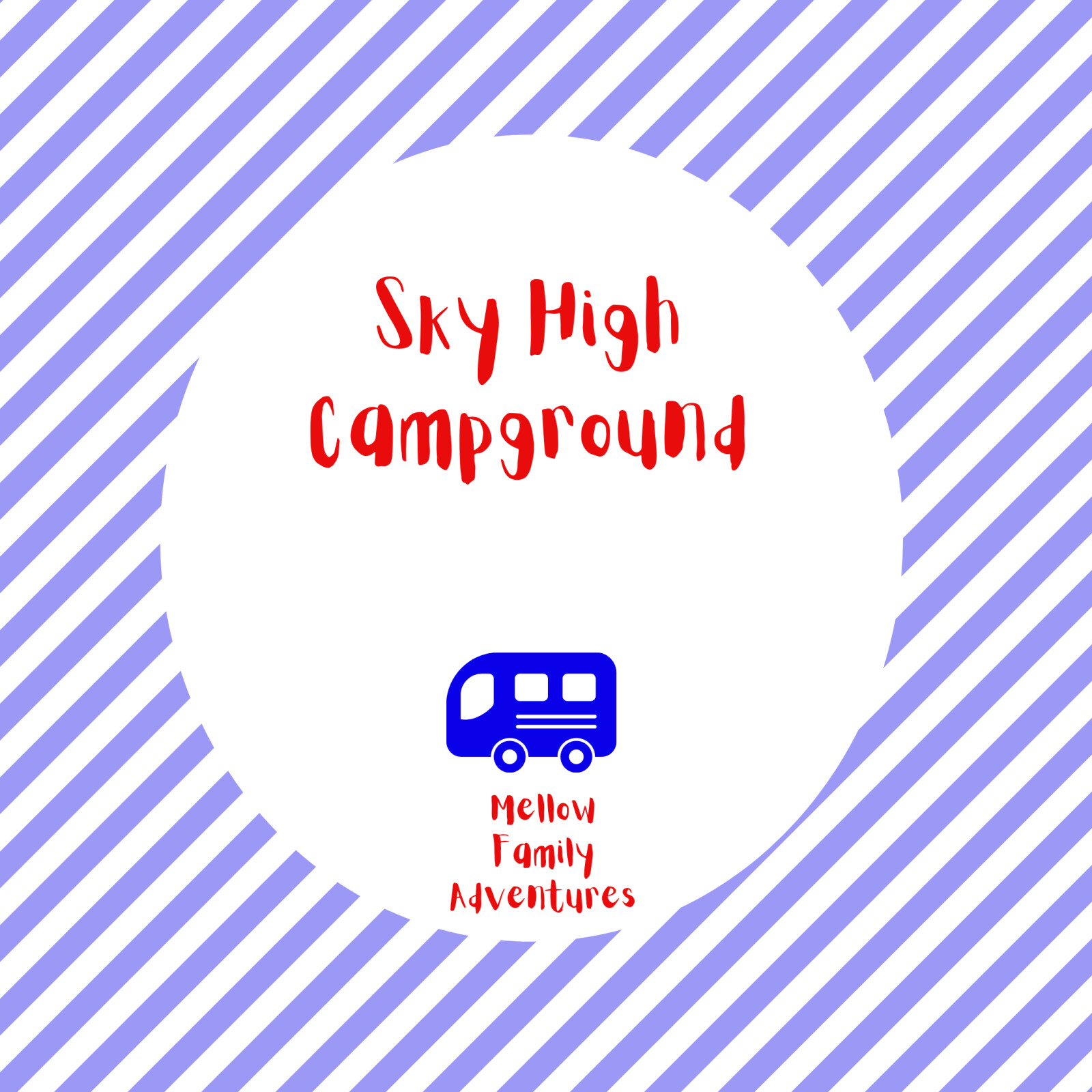 Finding a Place to Stay

Wednesday morning Hernando drove to Walmart to get duct tape to seal it up so we could still leave and I opened an insurance claim. Hernando, brave soul that he is pulled away at 2 p.m.  We took a lovely ride with our first destination at Love’s near Portage.  If you don’t know Love’s are gloriously large truck stops/gas stations.

One challenge we didn’t consider when we planned to leave in September is the fact that the Midwest mostly shuts down all campgrounds at the end of September.  The entire time we were driving, I was searching for places to stay.  Mercifully, we found one near Portage.

Backing In: Not So Easy

We were able to drive up the “mountain” around 6 p.m.  Of course, it was already dark and impossible to back in properly.  After one hour of trying, Hernando called it and parked parallel between two sites.  Thankfully, I’d told the campground we were first time RVers and they gave us a site with no one around us.  We were a little uneven, but the only real problem with that for one night is that poor Veda kept slipping.

Wondering If It’s Worth It

If you didn’t see my post How to Take Bold Action with Anxiety, I think it’s worth noting that this experience may have been one of the most anxious moments of my life.  Once I started prepping dinner I was openly crying.

After that I took the kids for a walk to see the stars.  Clark had so many beautiful observations, amongst them my favorite was: “WOW, can you believe that God promised Abraham’s children would outnumber the sand and the stars?”  That moment made everything so worth it.   Later Zoe and I lay on the picnic table and she said “this is the most stars I’ve ever seen.”  Bliss.

Everyone went to bed, exhausted around 8 except me.  I tidied up (you wouldn’t believe how messy it was inside). Newsflash: we still need to downsize more and I did some work.  It might be the ugliest blog post I’ve ever written.  I was exhausted and the formatting was a hot mess.  It was cathartic and I NEEDED it published.

I thought I’d be doing most of my work on the road when I wasn’t driving.  So far, I’m too occupied by finding campsites, keeping audiobooks running and navigating.  I CRASHED hard around 11.

Everyone was pretty much awake by 6:50 and we had coffee & French toast strips.  Afterwards we went to the playground for a good long time. The playground was great, the loved it.   I FaceTimed with my cousin, got a little work done.  It was a truly lovely morning.  We were pretty high up, at least for Wisconsin, and the vistas were gorgeous.

While I did the dishes, the kids did some school work at the table.  I considered giving up presspot coffee, the grounds are just no fun when dry camping.  Ha.  Let’s be real, I’m not giving up coffee anytime soon.

After that we were just gearing up to leave. Hernando checked the torque on the tires & the pressure while I took the kids through our “Melo Day Protocol.”  For all the BIG changes happening our kids are doing well overall.  However, there are still loads of BIG FEELING moments.  The “Melo Day Protocol” is a short routine we do, normally after breakfast, today it was before we got in the van. It makes such a difference!  You wouldn’t believe the difference.

I should probably created a “Melo night protocol”

By noon we were headed to the dump station for our first time emptying our black (toilet)  and grey  (sinks, shower) water tanks.  It went pretty easily!  I was genuinely surprised.  We did decide to get a plastic tube to attach to our bumper to hold our sewer hose.  By one we were on the road headed for our next, don’t laugh....Loves.

The drive was really lovely, I’ve never really been in that part of Wisconsin (except the Dells/Lake Delton area) off of the Interstates.  Again, Hernando did a great job and I breathed a little easier than yesterday.  We made it to our second destination without too much fuss: Goose Island Campground

This time we arrived before sunset and Hernando has plenty of space to back in.  It’s still not easy, but having daylight helps quite a bit.  While the kids took off for beach and playground exploration, I met the neighbors who were so kind.  Hernando got us very level.

We have not been able to get our propane oven working, the pilot won’t light and I am not sure what else to do.  So I mixed up cake batter and Hernando found a way to bake it in the microwave.  It was a little dry, but do kids really even care?  After birthday cake, we started a fire, the kids had collected lots of brush, but we didn’t have a place to buy firewood without unhooking. Neighbors to the rescue, Steve gave us PLENTY of firewood and we enjoyed the color changing fire packets our friends had given us as a farewell gift.  We let them stay up way too late and though Jemma and Quentin were out by 9:30, Zoe and Clark were bleary eyed trying to watch the Lilo and Stitch show.  Hernando and I actually had some alone time by the fire, which was really nice.

Next Stop: Get Tail Light Fixed

This is kind of hilarious.  While we were still in Elkhorn, we had replaced a broken tail light, but it still wouldn’t blink for right turns.  Super safe right?  Unfortunately none of the RV service centers I called would fix it until January because they were so backed up.  I was referred to Kunes of La Crosse and Al told me to “be a walk in” so Friday morning we did.  We drove away five minutes later, he fixed it in less than one minute for free.  It was such a gift.

We parked in a Walmart Parking lot and split up, Hernando took the kids in Walmart for distraction and Zoe and I shopped at Aldi.  Afterwards we stuffed our fridge and our pantry and were totally out of secure space for our potatoes, sweet potatoes and apples.  I had to store them under the table and hope for the best.
We had a quick lunch and were on the road to Minnesota!  If you want to see some of our photos from these two days, check out our most recent You Tube video.
https://youtu.be/WGA7BATb8KU 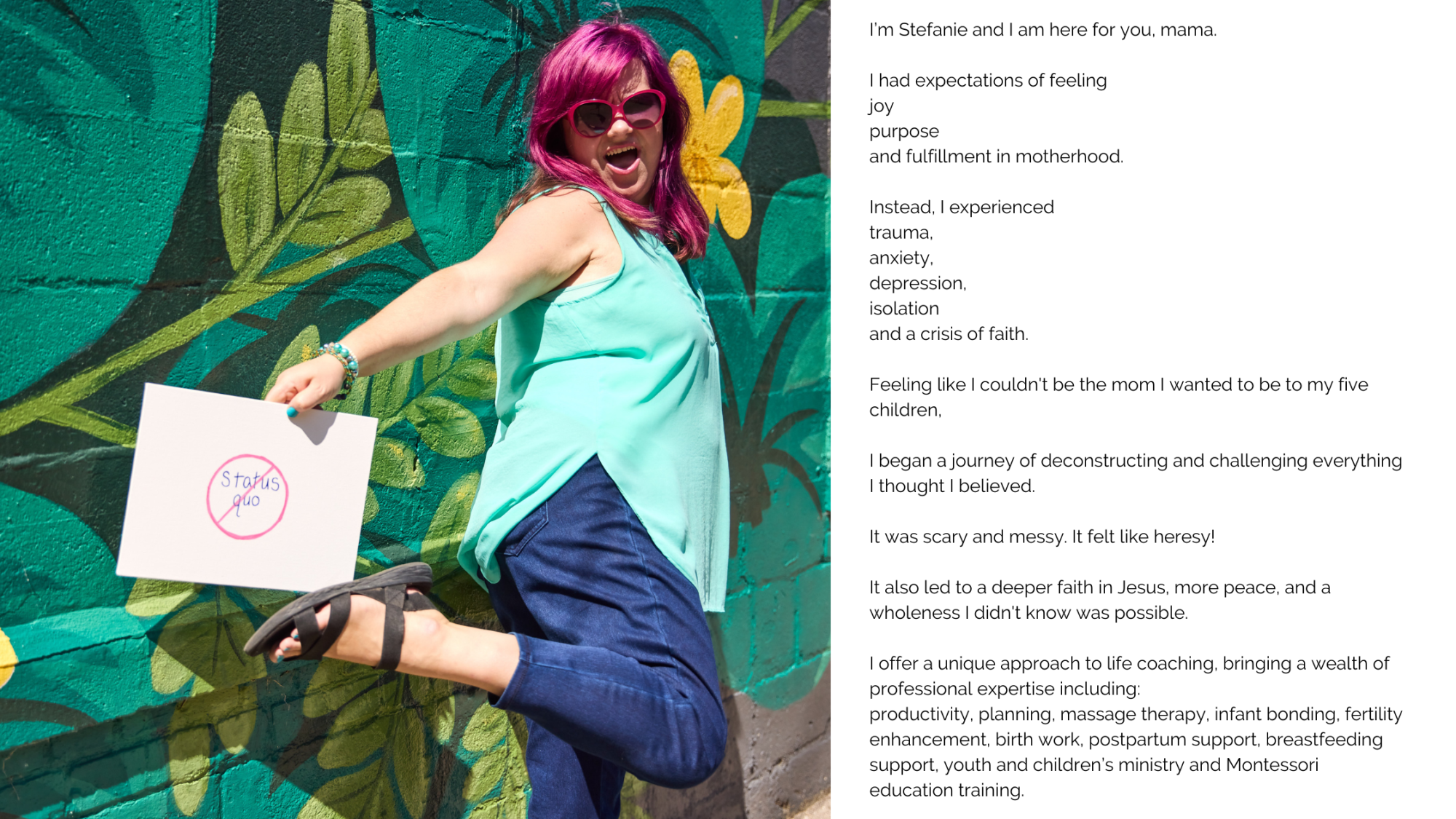 If you are looking for support that acknowledges your mind, body, spirit and human need for community, I am the coach for you!  Book a free planning & assessment session with me to get clear on what you need.  You’ll be so glad you did!
Why I Needed Montessori
Everyone asks us this question 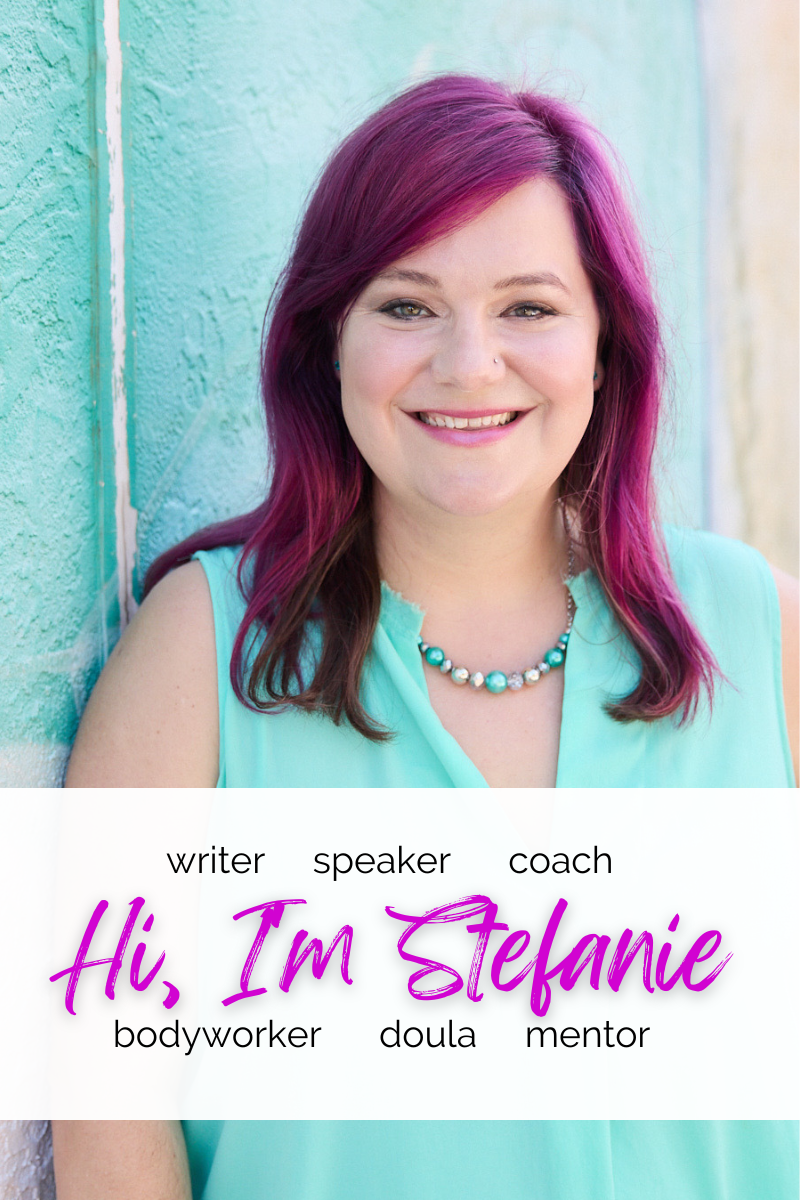 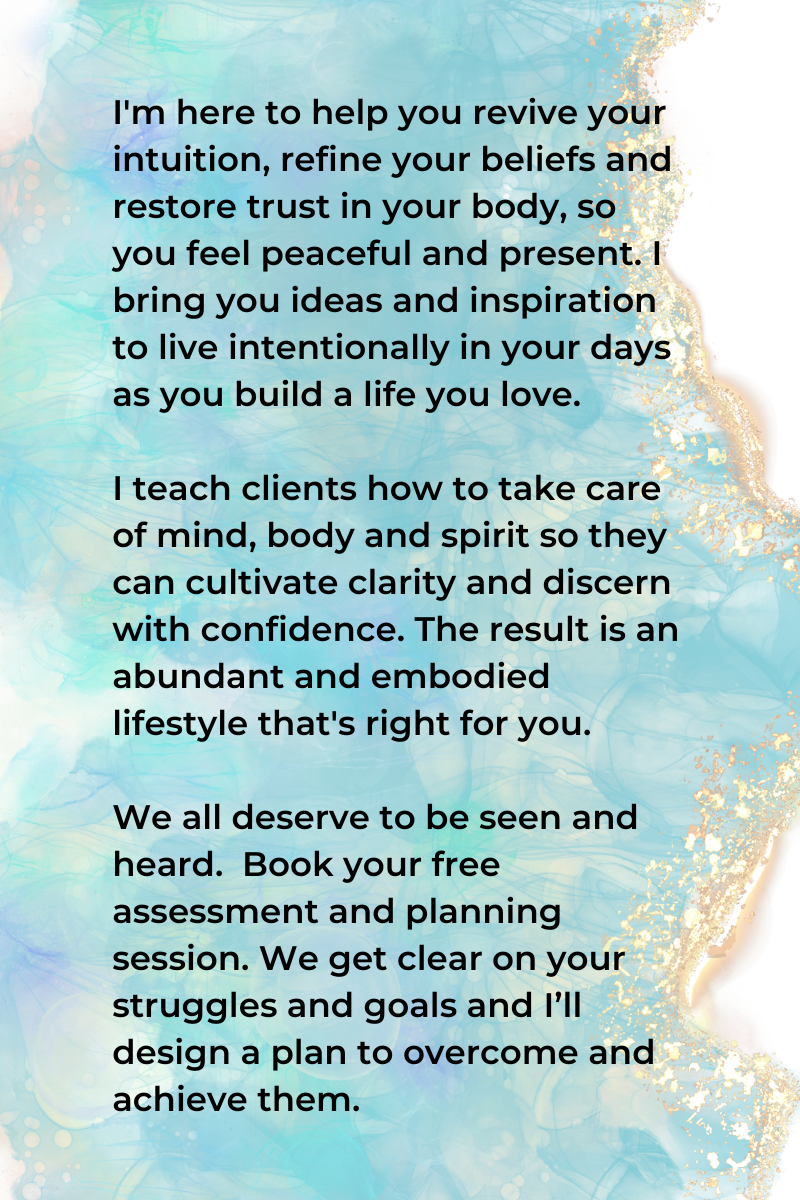 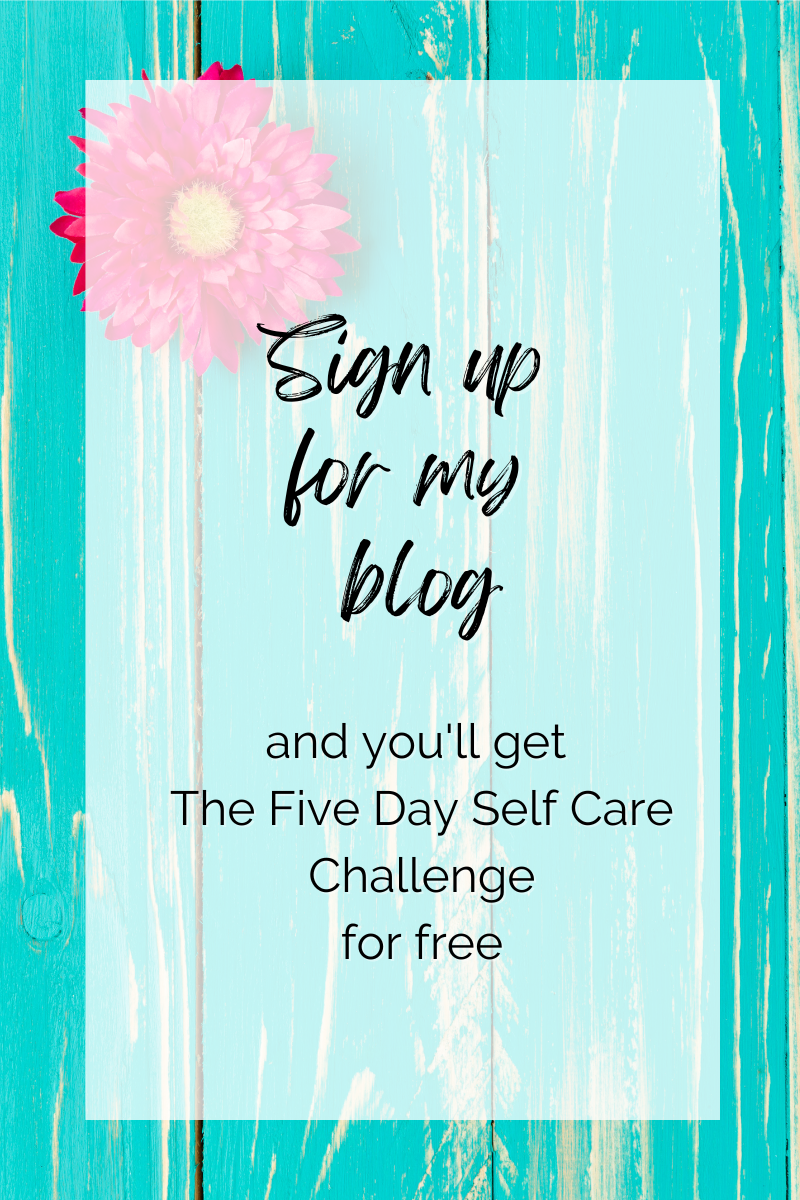 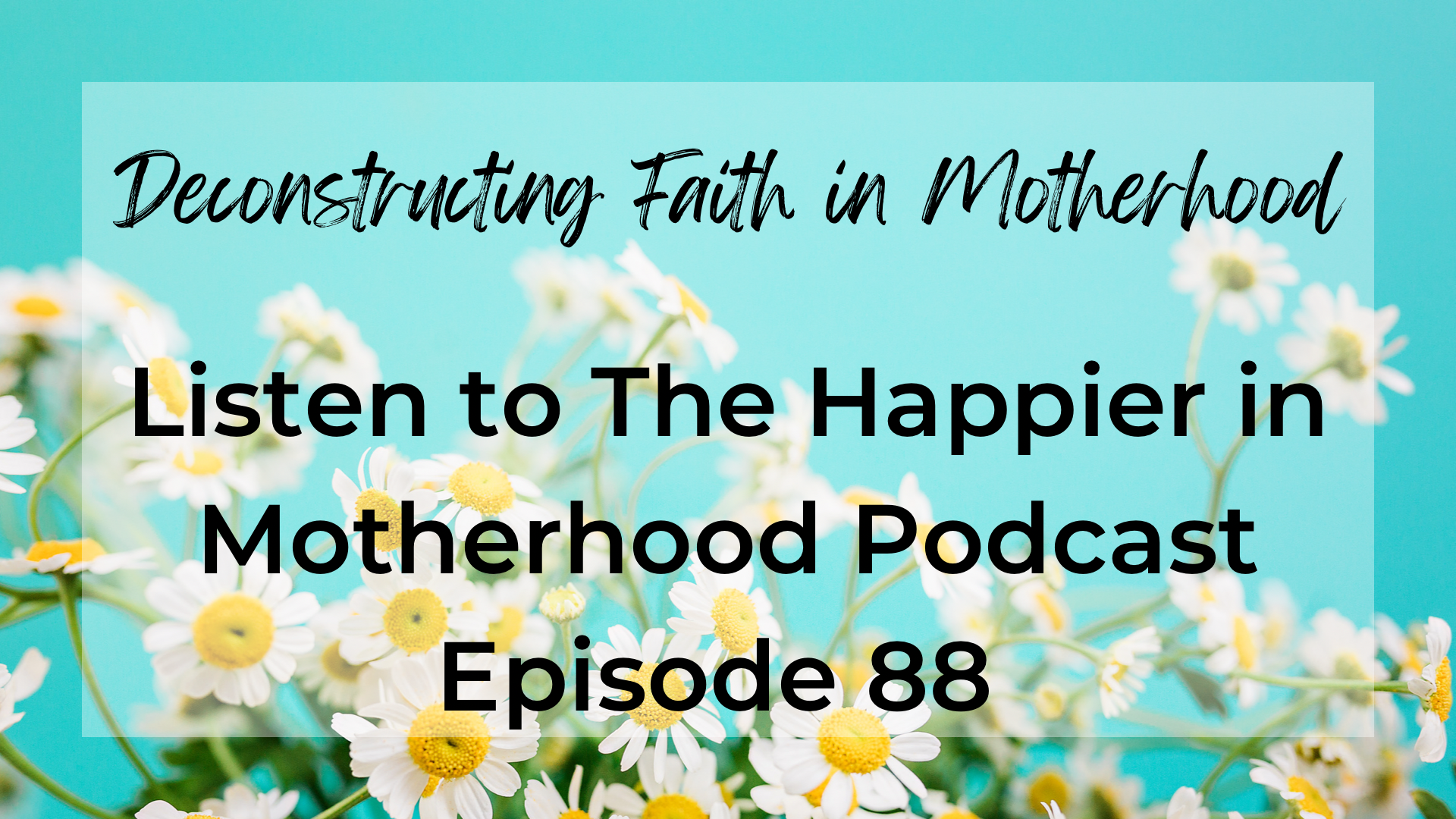 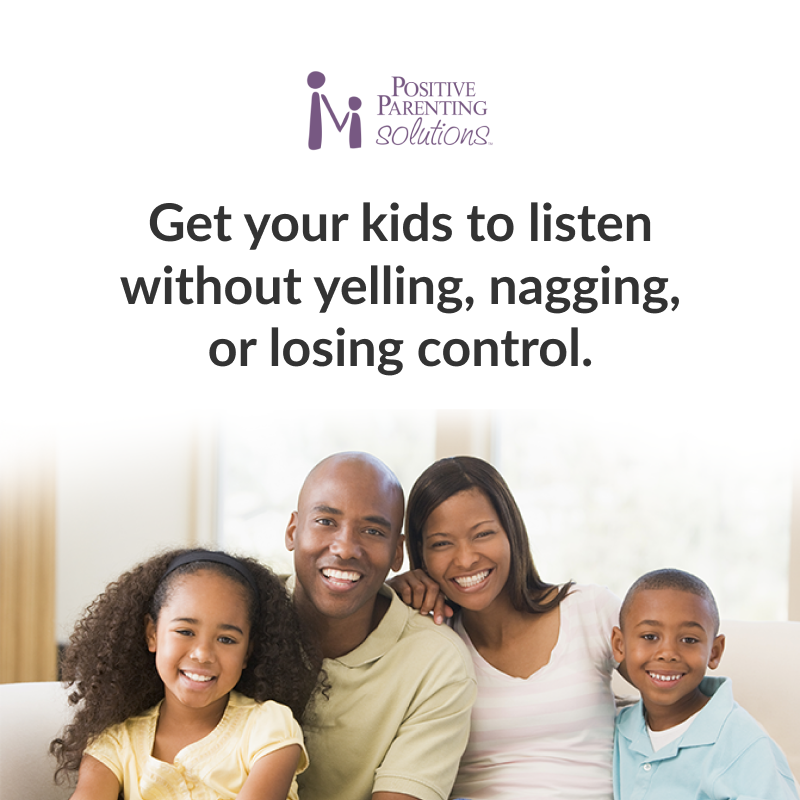 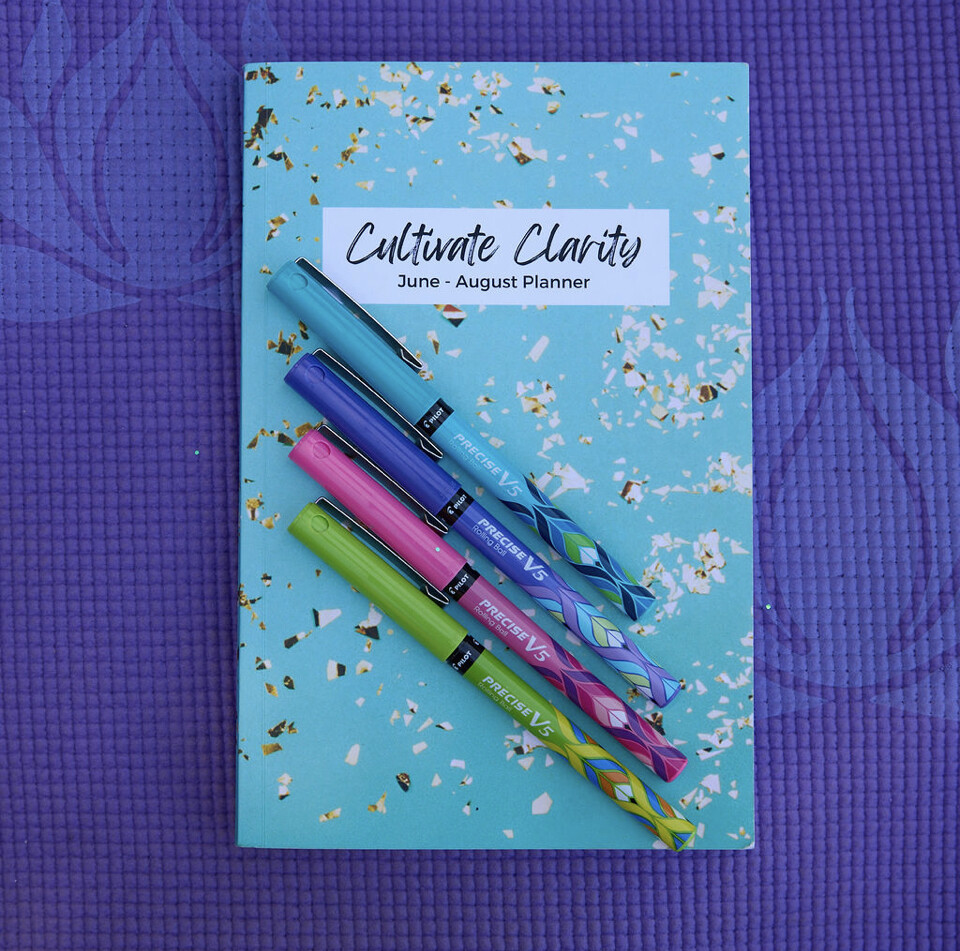 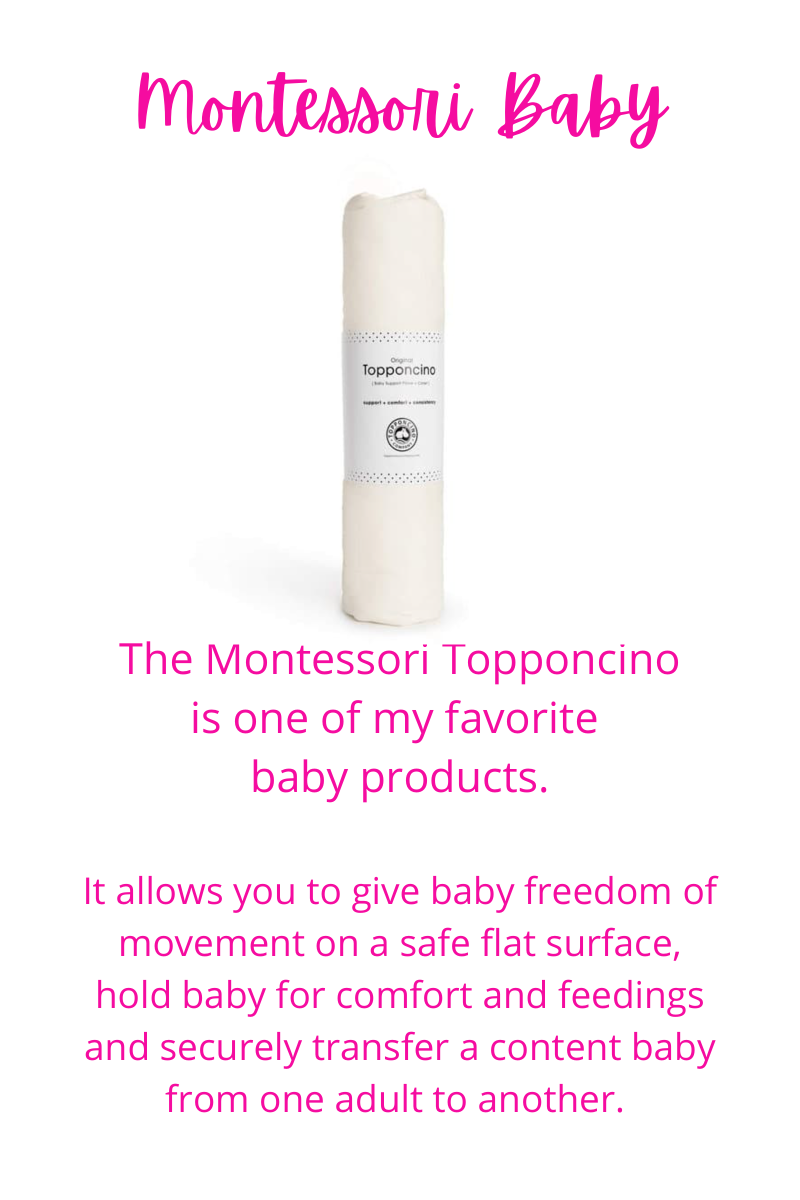 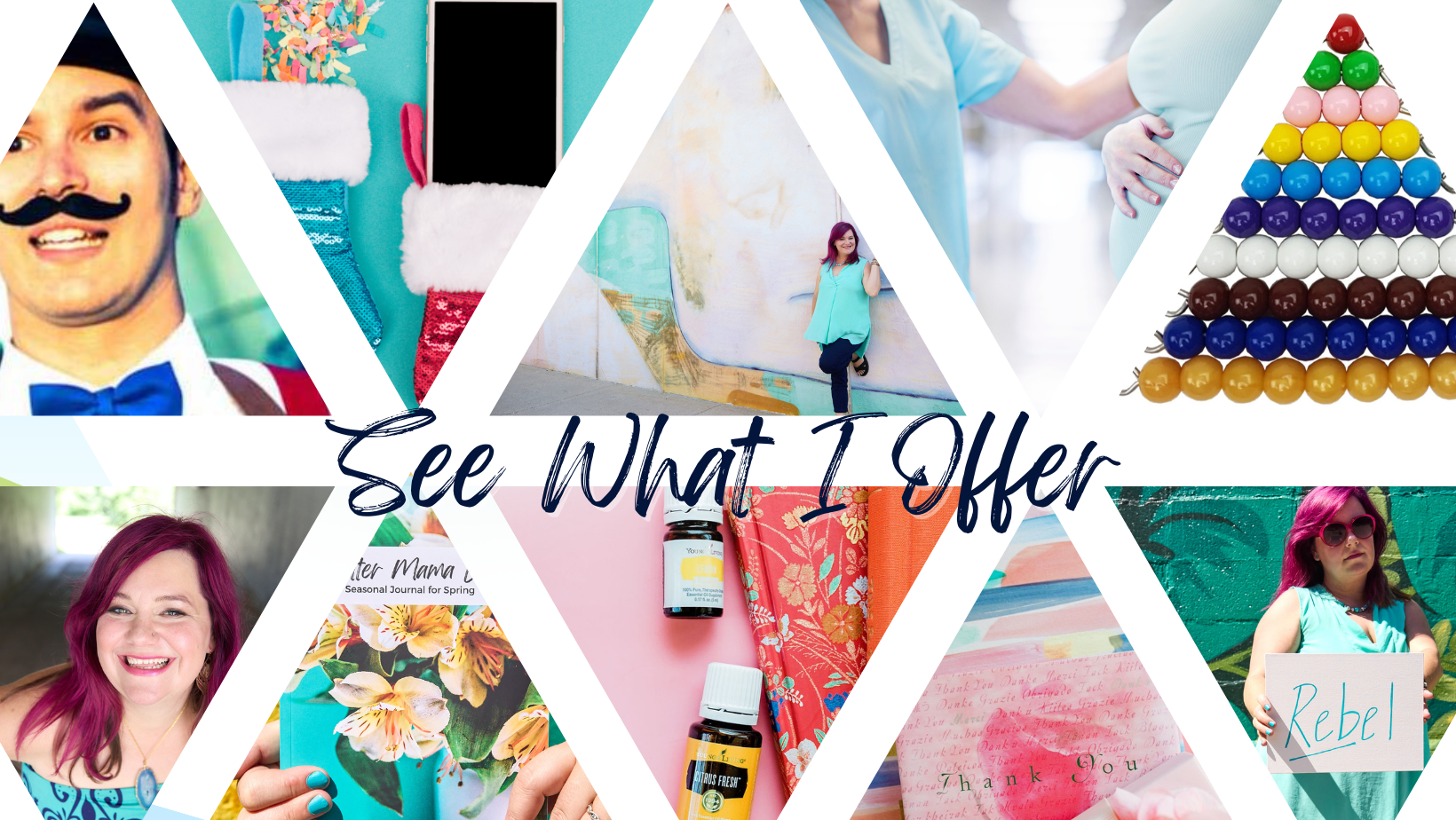